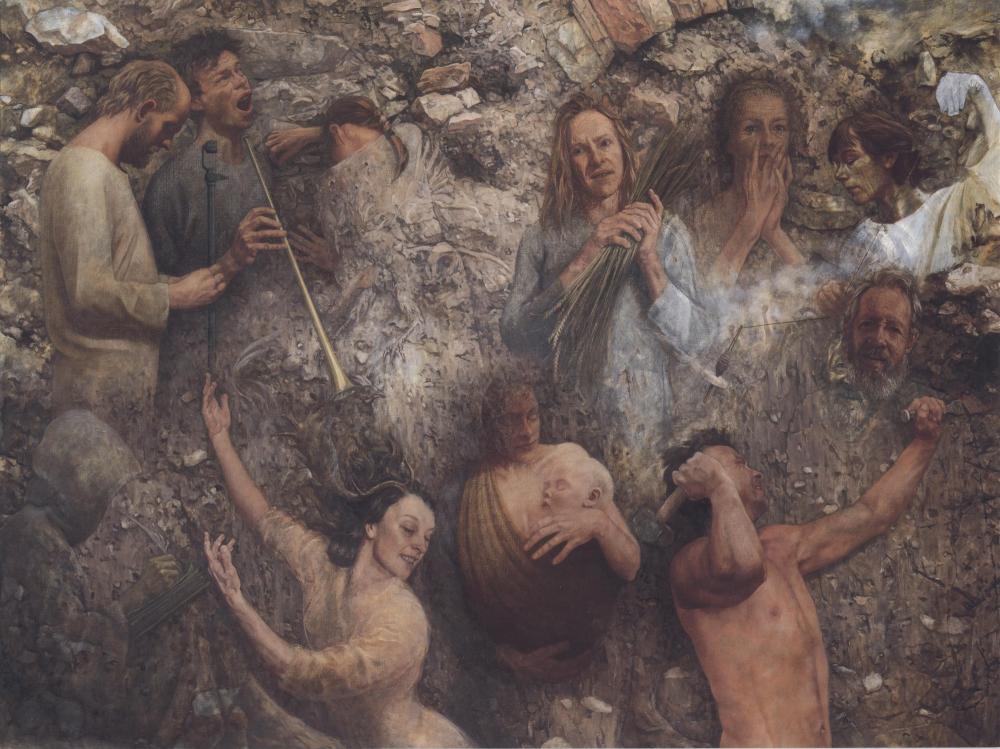 The background of the painting depicts an earthwork dug on the site of the new Penrith Library by archaeologists . . . so, in some ways, is a painting of Penrith's history in strata of earth from the 12th century at the bottom to the end of the 20th century at the top. In front of this ground are a dozen figures engaged in the kinds of activities that would be common to all generations of people living in this area.