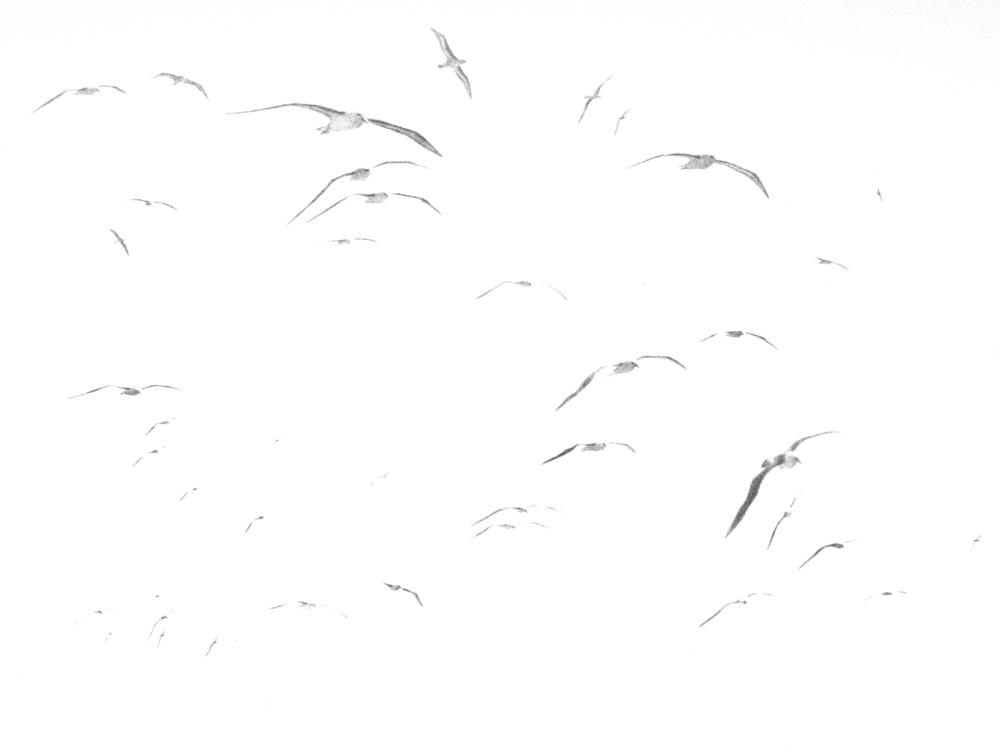 An edition of 85 with 20 artist's proofs. Although drawn in 1998 this 2nd state of Further South was printed, signed and numbered (by the artist) between 1998 at Northern Print Workshop, North Tyneside and 2001 at Blencarn, Cumbria, UK. Printed on John Purcell 285gsm mould-made 100% rag paper.

Two weeks into my residency on the Falkland Islands (1985) I was on a survey boat heading south towards, but not as far as, Antarctica. A little way out the sea became rough . . . and I became ill. After a couple of days down below in my cabin I eventually got my sea legs and went back up on deck . . . there all around the boat and sometimes just a few feet away were dozens of these wonderful Black Browed Albatrosses.

This edition of lithographs is sold out.  A smaller reproduction of the image, unsigned and uneditioned, is available via the 'Reproductions' pages.