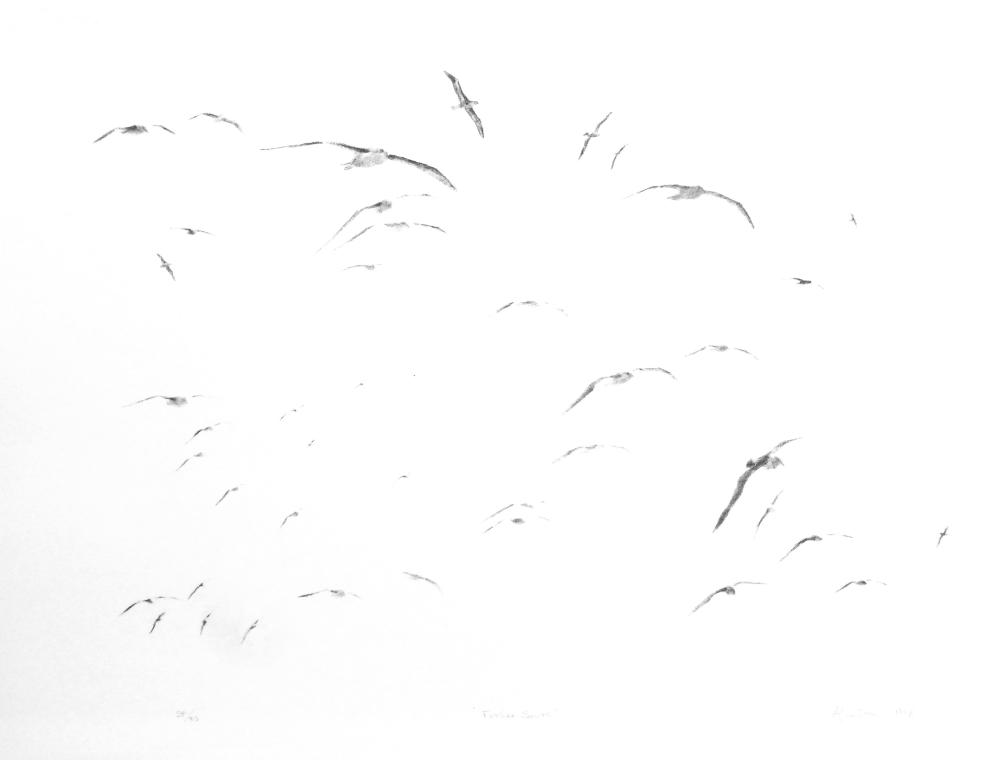 This lithograph is sold out

This, the 1st state of Further South, was signed as an edition of 85 though only 29 copies were ever printed.

The 29 copies were printed, signed and numbered by the artist at Northern Print Studio, Tyne and Wear on John Purcell 285gsm mould-made 100% rag paper.

A 2nd plate of the original drawing was then made - and developed differently. 20 artist's proofs and an edition of 85 were printed from the 2nd plate and these became Further South (2nd state)