is made up of an increasing number of paintings - each in oil on linen and 455 x 610 mm (the same format as 30" television screens) depicting individuals caught up in dreadful social conflicts and geophysical events.   These are 'portraits' of people who are anonymous to me, whose features have momentarily passed across my TV screen and whom I have seen almost inadvertently.   Unlike with conventional portraits, no intimacy is possible in these paintings.   Empathy and imagination go into making them but these don't get me closer to the person.   Apart from his/her physiognomy all there is to linger over is the probable situation of each individual. 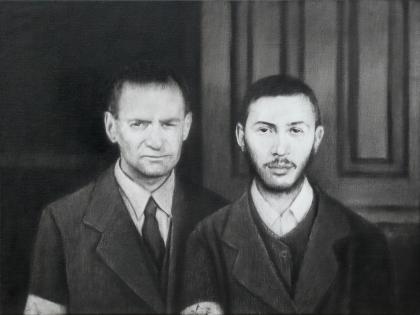 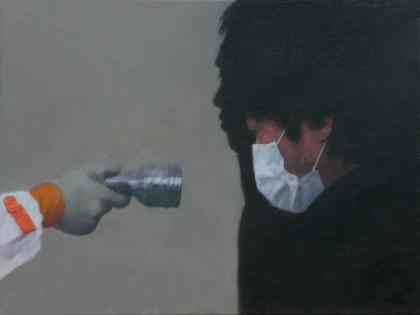 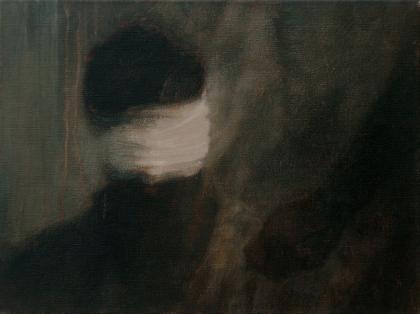 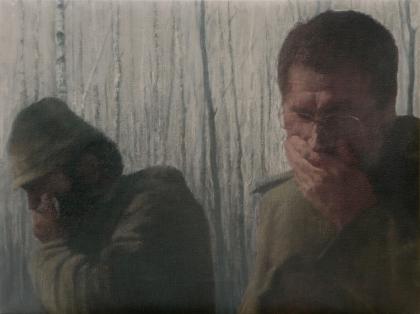 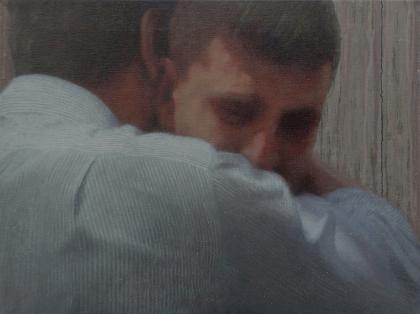 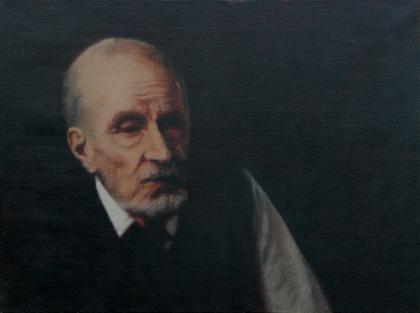 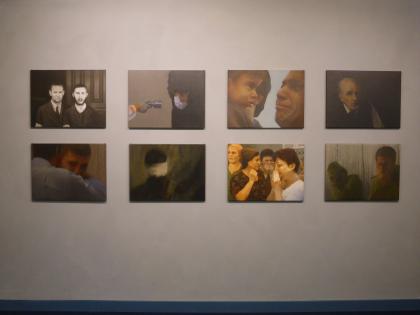 'Collateral' at Upfront, Cumbria in 2017 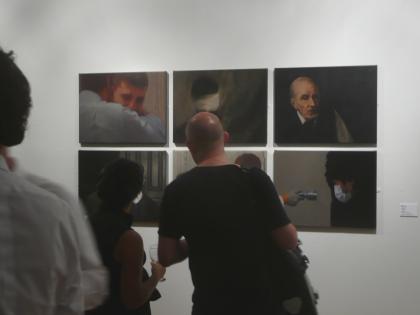 'Collateral' at the Threadneedle Prize Exhibition, Mall Galleries in 2013 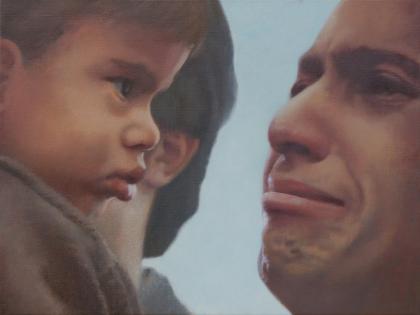 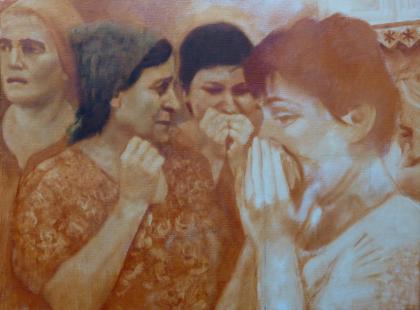 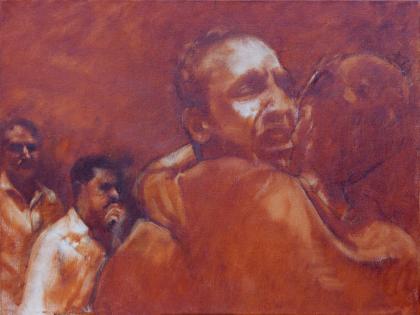