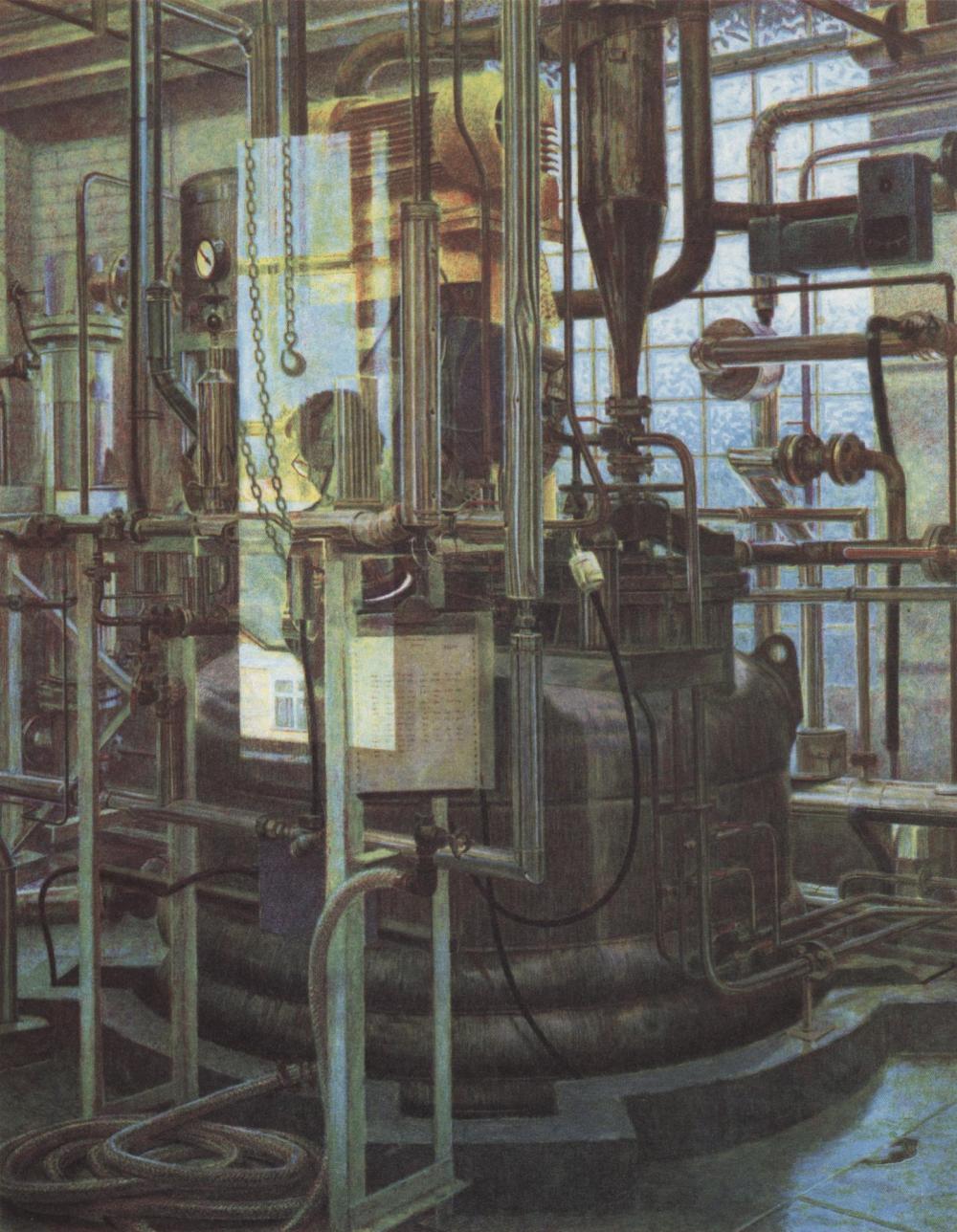 An edition of 200 with 30 artist's proofs. Printed, signed and numbered in 5 colours in 1987 by the artist at Lowick House Print Workshop, Cumbria, UK on John Purcell 285gsm mould-made 100% rag paper.

Dista Products, Liverpool was the first in the world, in 1982, to use genetically manipulated bacteria in the production of medicines. In 1986 the National Science Museum, London commissioned an oil painting of Dista Product's fermenter (see 'Commissions and Residencies'). Then, in 1987, Dista Products commissioned this edition of lithographs depicting the vat in which human insulin was first grown.