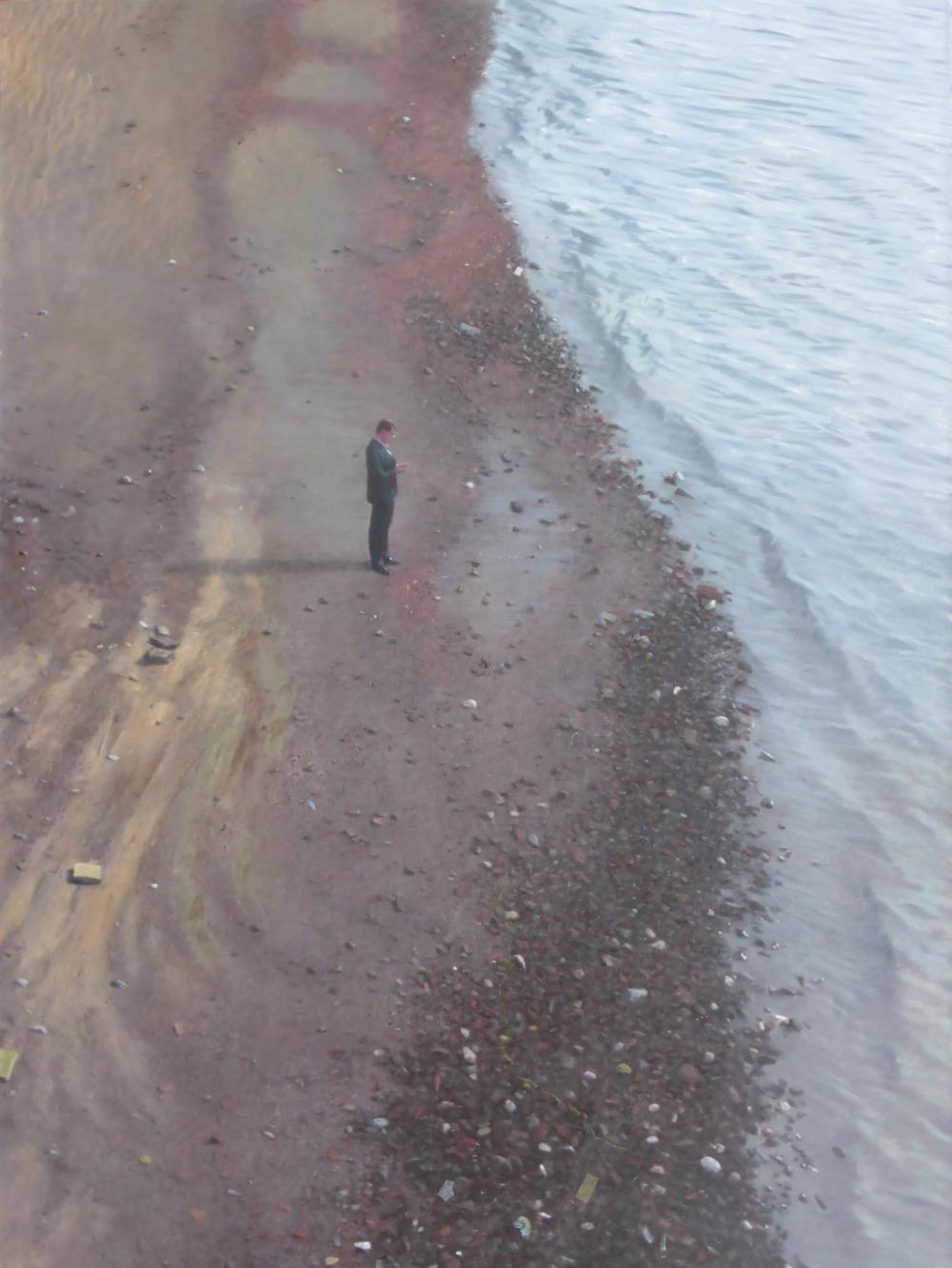 At Low Tide - made between 2013 - 2015 in response to the wonderful three Thames paintings by the late Michael Andrews.