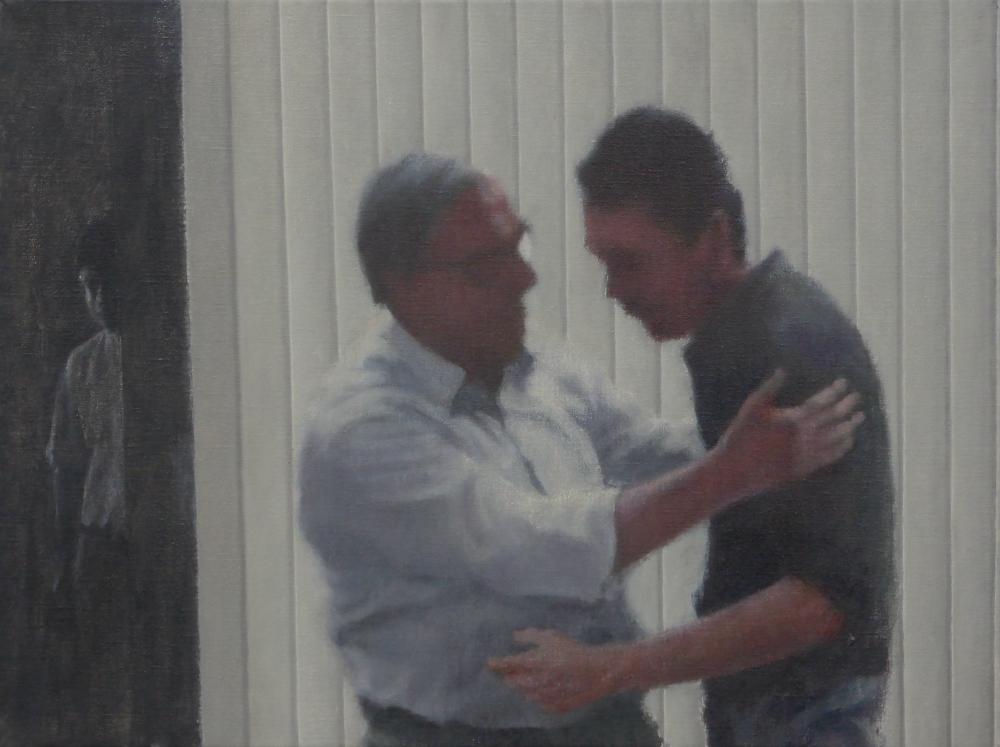 When I was at art school (Saint Martin's in London in the late 1960's) the National Gallery was just a few hundred yards down Charing Cross Road. I visited the gallery almost every day for a couple of years and steeped myself in European painting since the fourteenth century. As a consequence of this, whether I like it or not, my work is imbued with Christian iconography. With 'Father and Son', whilst not setting out to depict the narrative of the Prodigal Son, I like the thought that, at a subconscious level, that particular parable would add to the authority of the painting.

2015  C-Art Cumbria Artist of the Year Award and winner of The People's Choice Award, Rheged,  Cumbria