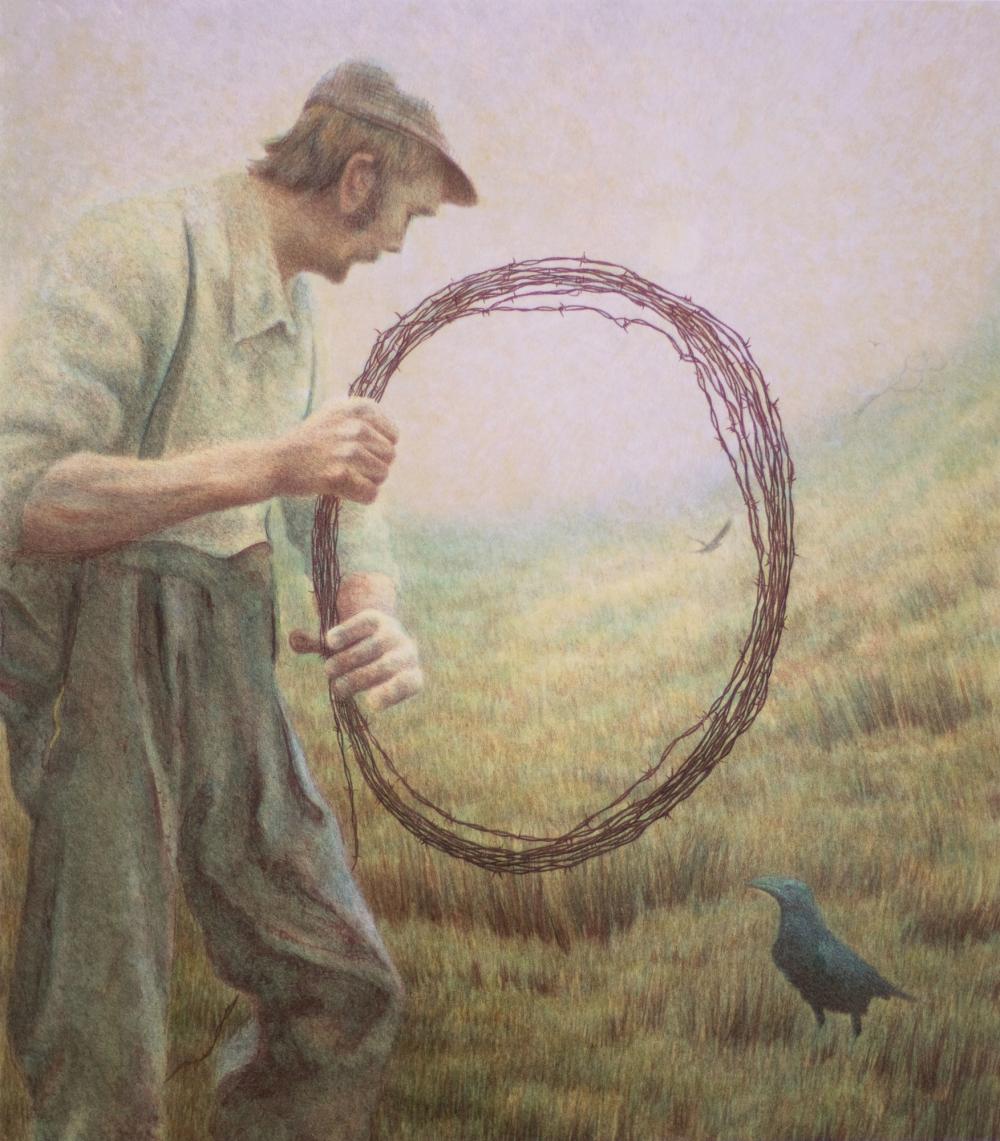 An edition of 200 with 20 artist's proofs. Printed in 8 colours, signed and numbered by the artist in 1990 at Lowick House Print Workshop, Cumbria on John Purcell 285gsm mould-made 100% rag paper.

The figure in Brother Sun is a drawing of Jarrod, a farmer in the village where I live. He features in a lot of the pictures I made at the time. I followed him a great deal when he was at work, mainly because of the way he carried himself - he always looked so interesting.

Back in the 13th century St Francis came away from a period in the desert, supposedly singing a canticle which came to be known as 'Brother Sun, Sister Moon'. In my picture I was thinking of Jarrod as a sort of 20th century St Francis. I don't suppose he was anything like St Francis, but this was a private fantasy of mine.

The raven is a wild, playful, sometimes solitary and sometimes gregarious bird which I put into a lot of my pictures. It seems to be an alter ego. Barbed wire appears in a number of pictures too - not necessarily as a symbol of anything, but as an exciting ingredient.