After art school (St. Martin's in London . . . a long time ago!) I went to live in the middle of the huge forest at Thetford, Norfolk.   I love all those conifers and, in Clearing (ii), I am back amongst them.   In the painting the scene is one of devastation and there is a brutality about this destruction though the cause . . . nature or man, is uncertain.   Also uncertain is whether these trees are, like those at Thetford, part of a plantation.   Fading into the background, like an old memory, is a watchtower though this structure seems much bigger than those constructed for controlling just deer.

I like the suggestion of a narrative in a painting . . . but I also like ambiguity.   I wouldn't want a definitive interpretation.   I want the imagination to be fired.   'Clearing' could refer to an open space within a forest, or to the physical act of clearing away, but also to the possibility of perceiving things more clearly - seeing things anew through changes in understanding . . or memory . . or just the weather.

The 'Clearing' pictures first emerged in 2007.   I began Clearing (ii) a year or so later, after making a number of charcoal drawings.   It too is in charcoal but also acrylic and is the product of lots of re-working.   Consequently it has some thick encrusted parts playing off against more fluid areas.   I want my paintings to hold some of the changes made during their creation and to work slowly on the viewer . . . gradually offering up more. 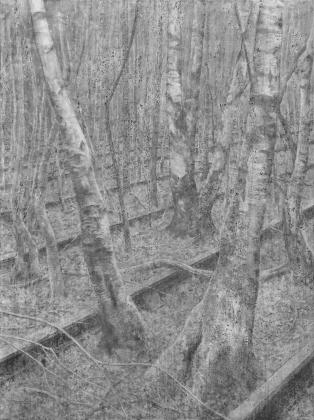 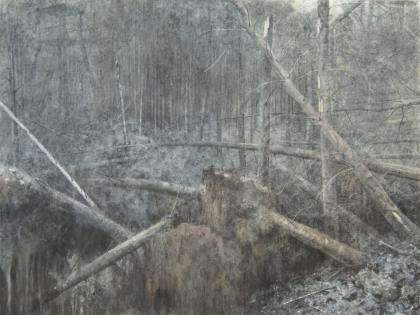 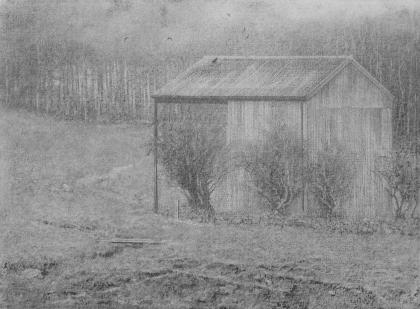 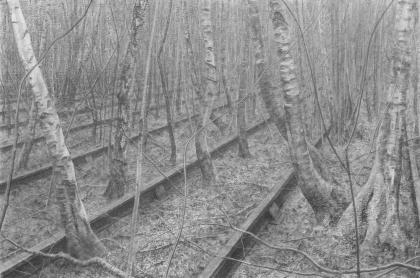 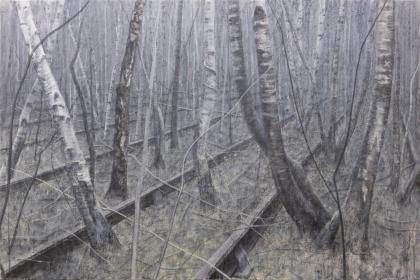 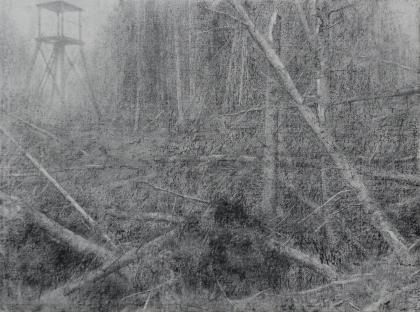 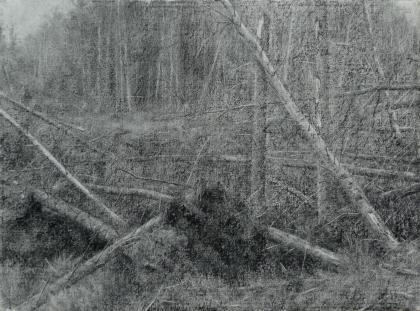 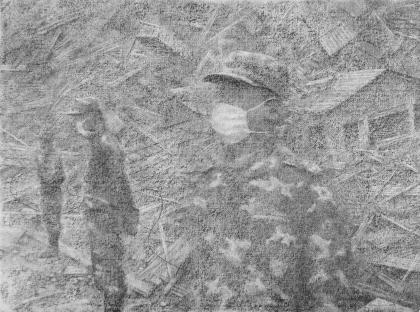 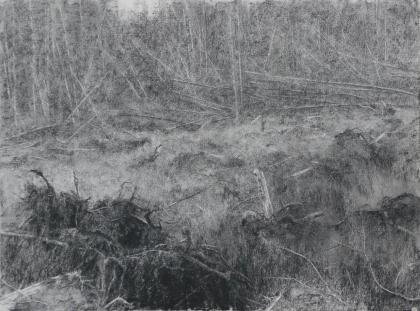 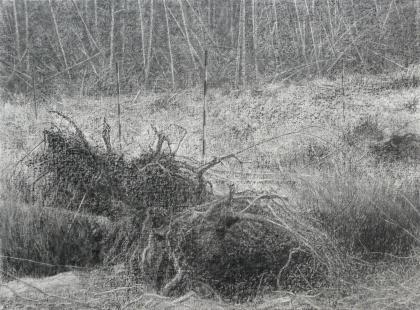 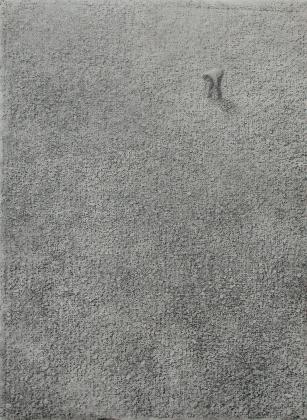 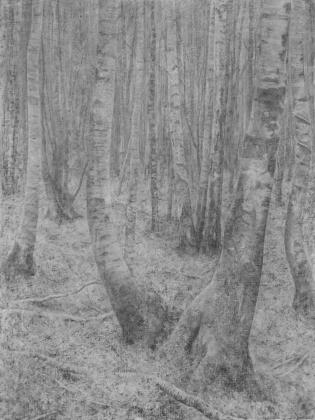 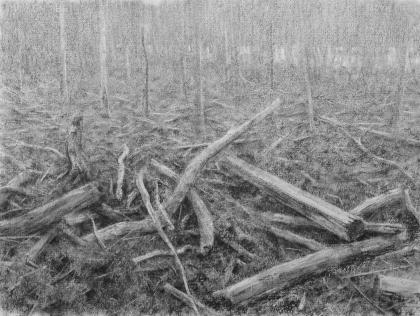 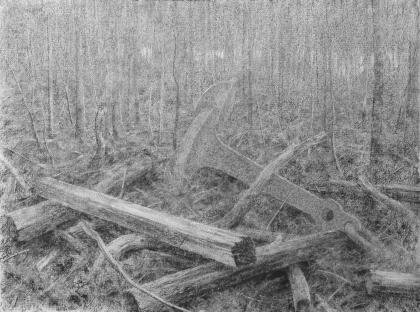 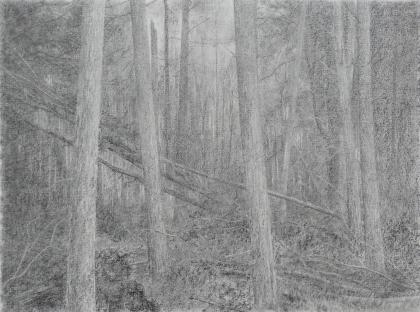 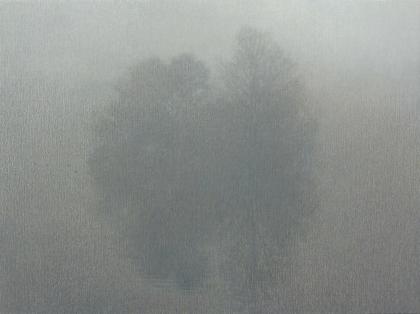 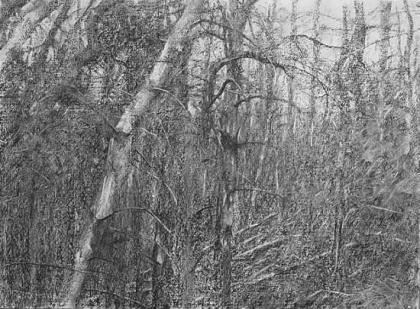 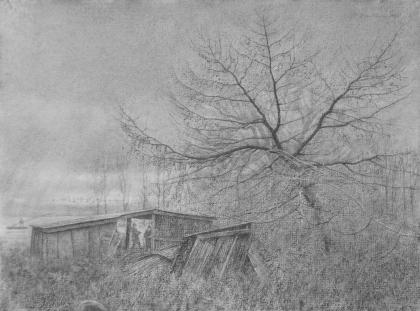 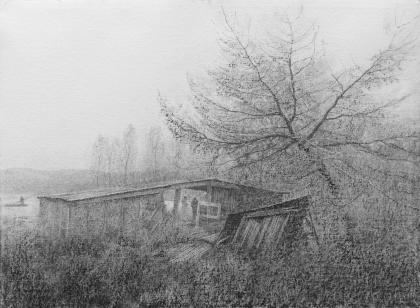 At the Margin (ii) 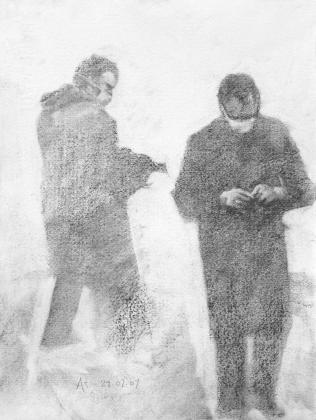 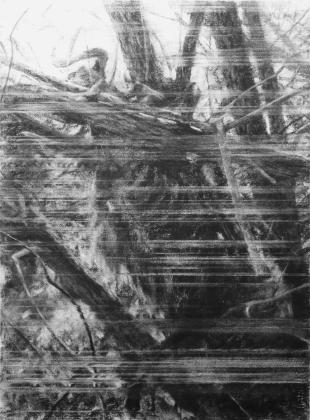